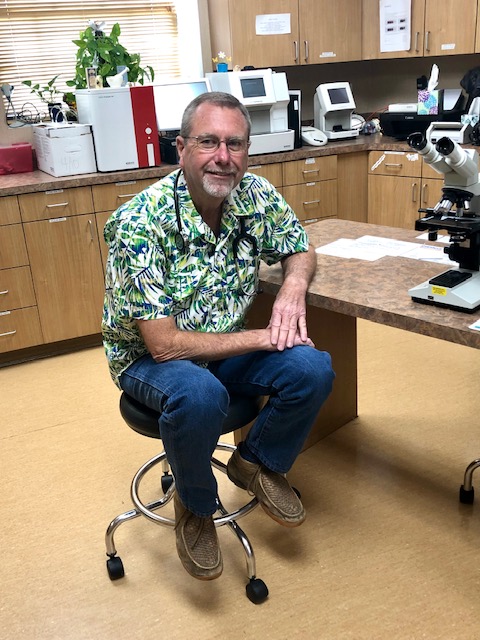 Dr. Dunn is a native of Orange County. He grew up in Mauriceville and graduated from LCM High School. He Attended Texas A & M University, where he received a Bachelor of Science degree in Animal Science. He received the degree of Doctor of Veterinary Medicine from Texas A & M in 1984.

Following graduation, Dr. Dunn entered into private practice, and has been in private practice ever since, except for a brief period of employment with USDA Animal and Plant Health Inspection Service. In 1985, he started working at Cypress Animal Hospital for his mentor, Dr. Robert Hall, who founded the practice in 1972. He aquired the practice after Dr. Hall passed away in 1988.

Dr. Dunn and his wife Dottie live in the Mauriceville area, and both enjoy fishing, gardening, and watching the Aggies WIN!

Stacey has been with Cypress Animal Clinic since August 2000. She has been an animal lover for as long as she can remember, and was thrilled when Dr. Dunn asked her to join his team. She has received her CVA Level I and II certifications. Her duties here consist of being Lead Technician and Inventory Manager. She still tries to take time to visit with the patients and the clients in the exam rooms (when time allows). She assists in surgeries, performs X-rays and lab work. After all these years, she still loves her job here, and never tires of seeing the patients and conversing with their humans.

She lives in Bridge City with her husband and two dogs – “Little Bit” and “Sissy”. She raises Tennessee Walking horses and takes in rescue Box Turtles. She enjoys traveling and sleeping late on weekends!

She looks forward to seeing you and your pets on your next visit. 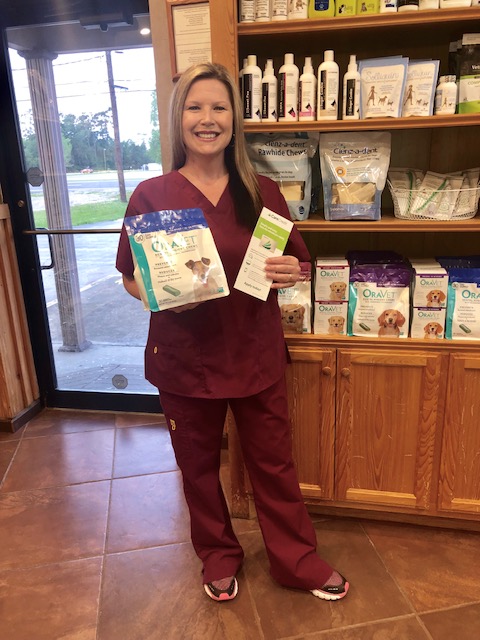 Candy is the Office Manager at Cypress Animal Clinic. She has been with the team since September 2001. She helps out in all areas of the clinic especially up front as a Receptionist, in the exam rooms, and with patient care. She enjoys visiting with the clients and patients that walk in the door.

She and her husband, Scott live in Little Cypress along with their 2 sons Ty & Cam, and their 2 Yorkies named Romo & Raynee. On the weekends they love to spend time with their 2 beautiful grandchildren, fishing, cooking, and of course watching football- “GO COWBOYS”.

Candy takes great pleasure in making sure that each client is taken care of and their questions are answered. She looks forward to seeing each of you!! 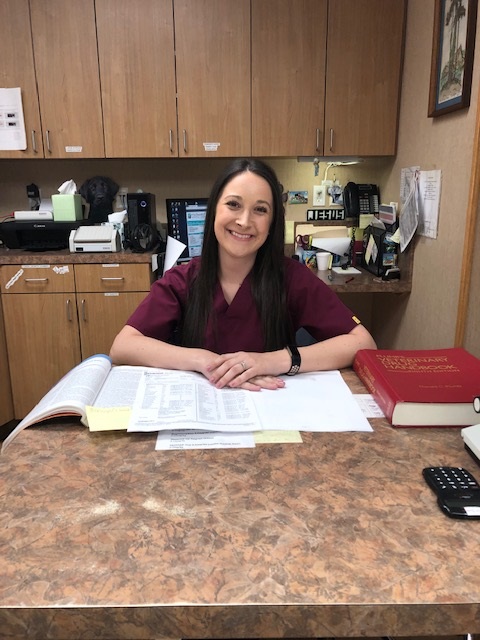 Kadie has been with Cypress Animal Clinic since July 2014, and is a Certified Veterinary Assistant Level I. She has been in the veterinary field since 2010. You will meet Kadie assisting Dr. Dunn in the exam rooms, as well as other areas in the clinic. What she enjoys most, is getting to know each and every one of her furry patients throughout their care here at CAC.

Kadie resides in Buna with her husband Dalton and daughter Paisley and enjoys spending time with her two dogs Kya and Darla and parakeet Kiwi.

Shanda has been a receptionist with Cypress Animal Clinic since August of 2015. She and her absolutely amazing son live in the Mauriceville area.

In her spare time, she enjoys being outdoors fishing, swimming, gardening, 4-wheeler riding and watching her son play in sporting events.

Shanda and her son have a dog named Sable and two cats – Willow and Whiskers. 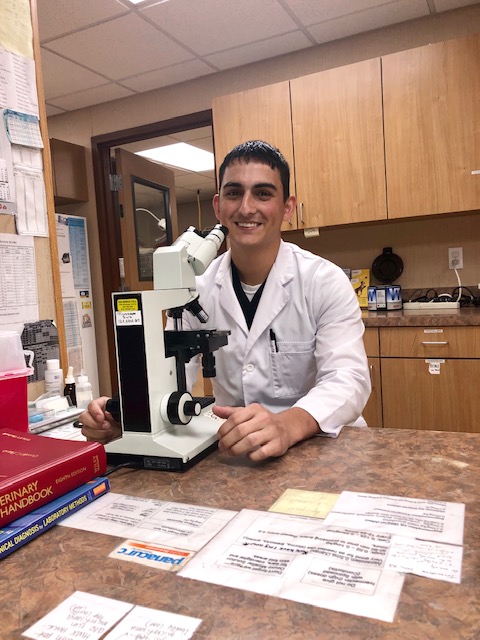 Richard has been a technician with Cypress Animal Clinic since July 2018, and is a full-time Biology student at Lamar University.

Richard has plans to join the United States Army to pursue his career as a veterinarian. When not in school or working at the clinic, Richard enjoys working on his jeep and playing with his dog Lydia.